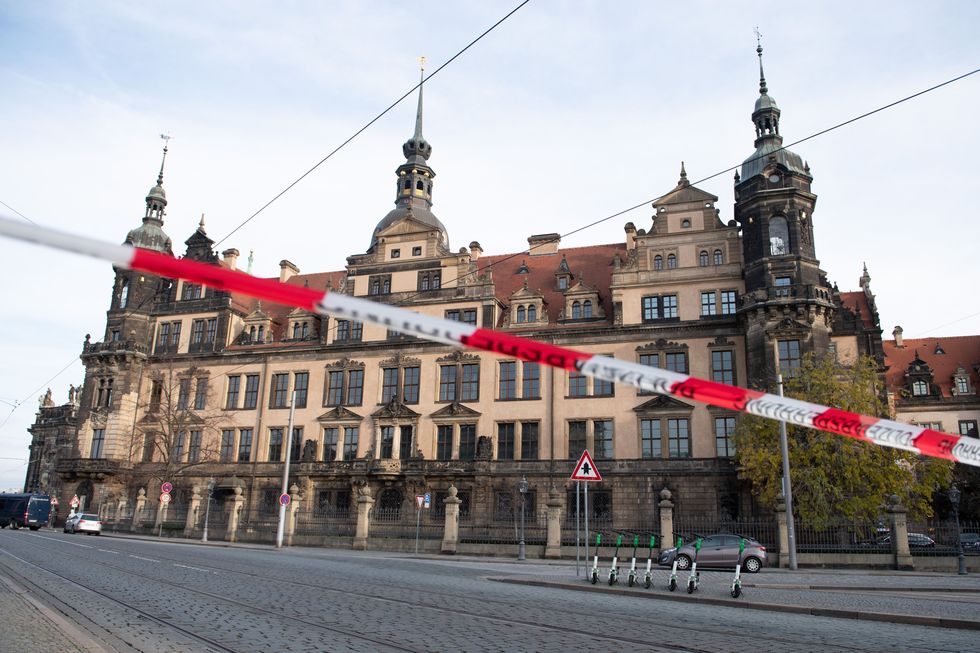 A carefully planned and audacious heist at a Dresden museum has shocked the world after more than €1 Billion in jewelry, diamonds, art and cultural artifacts were taken in the early hours of Monday 25th November.

The thieves broke into Dresden's Grünes Gewölbe, one of the world's oldest museums, and made off with three priceless' sets of 18th century jewelry. The museum houses one of Europe's largest collection of treasures.

The sheer quantity of valuables which were taken makes even the most audacious Hollywood-esque bank heists look like cases of common shoplifting, and it is believed to be the biggest heist of its kind since World War II.

Over 4,000 individual items were taken, including a priceless 547-Carat sapphire from Tsar Peter I of Russia, diamond-encrusted swords & brooches, along with countless diamonds, emeralds, sapphires, and rubies.

But it's not just the monetary value which has been lost. "We are talking here of objects of immeasurable cultural value," museum director Dirk Syndram said in a news conference. "It's almost world cultural heritage. There is nowhere else a collection of jewelry in this form, quality and quantity."

How did the thieves get in?

The thieves - still on the run - removed part of an iron grille on a ground-floor window, then smashed the glass.

At about 05:00 (04:00 GMT) on Monday, firefighters were called to an arson attack at a nearby electricity junction box which caused a power cut to nearby buildings including the museum.

Police are examining CCTV footage which shows two suspects in the dark. But more people may have been involved in the robbery.

"Honestly, it seems better to prevent a theft in progress than to watch the thieves on tape afterward, which is what happened this time."

Many businesses, and in this case even museums, often believe that CCTV is the best form of security. What they fail to realize that criminals are no longer deterred by CCTV cameras, as they know that the police have almost no chance of identifying them even if the images are clear.

Security systems need to be installed around the perimeter of any building to allow the earliest detection of intruders so that appropriate action can be taken. Alarming only rooms and areas within a building with motion sensors or door contact alarms often means that by the time the intruder is detected, it's too late for security staff or police to react. Thieves know this, and so often they will prepare for a smash-and-grab style raid whereby they can be in and out in minutes, often before anybody has even reacted to the alarm.

Our VibraTek Plus microphonic sensor cable, and VibraFon seismic wall sensors allow the complete protection of any perimeter fence/wall or building. Should an intruder attempt to climb over or cut through a fence or wall, not only will the VibraSector analyser alert you of the intrusion, but it will also give you the exact location to within a single zone.

When combined with a security management system and CCTV cameras, intruder alarms can be monitored, verified and appropriate action taken from the safety of the security control room. For unattended sites, or sites with no overnight security personnel, alarms can be relayed to key-holders or other staff by SMS text message.

Finally, all our systems are supplied with a two-hour backup battery system. If power is lost, this will raise the alarm and your security team can investigate immediately, rather than the alarm system silently shutting off.

Most of our system installations are carried out on sites which have already suffered from crime such as trespassing, burglary, or other intruder related events, but we always prefer to install systems as a preventative measure before a customer has been the victim of crime.

Don't rely on CCTV as your sole security measure. Instead, use it to verify alarms which are picked up by your perimeter intrusion detection system.