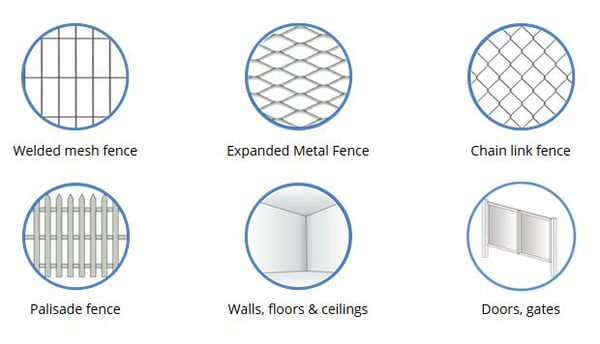 Modern military security demands robust solutions. Especially in an age when terrorists and criminals can rely on advanced technology – as well as brute force - to breach even the most rigorously controlled systems.

Secure, high performance surveillance systems are needed to combat the constant threat to military installations and bases. Systems that provide 100% reliable data, that can be analysed and acted upon instantly, from any location.

The pervasive and constant risks that military sites face require them to have perimeter intrusion detection (PID) systems that leave absolutely no room for error. Particularly ones that don't throw up blind spots, or undecipherable imagery or audio feed.

Nor can they result in wasted time or confusion. Pressure on the modern military means that having perimeter security systems that are too easily triggered is not an option either. If personnel are tied up investigating suspected breaches or other threats, that prove to be false alarms, it’s time better spent on genuine national security issues.

So, how can today’s military sites create optimum perimeter security, that provides expansive and accurate alerts? Alerts that can be instantly translated into valuable data, to inform decisions and stimulate appropriate actions.

The answer is to use perimeter intrusion systems (PIDS) incorporating the latest vibration detection capabilities. This involves cables integrated into fencing that use a variety of means to detect even the slightest changes in the vibrational energy. This connected and integrated approach to intrusion control is supported by technology to analyse data received intelligently.

In other words, the system analyser must decipher the data in real time, instantly. For example, it will know the difference between benign events created by traffic, and climatic conditions, and hostile events including cutting through or climbing over the perimeter barrier. Alerting you immediately to genuine threats to your military perimeter.

Vibrational Detection Integrated With Other Systems

Having a linear array of sensors running throughout the length of the perimeter fencing provides a complete overview of any activity which may affect the status of the perimeter barrier. It can also be integrated easily with other equipment used – such as helping to intelligently directing the view of CCTV cameras so that any alarm activity may be verified immediately by providing security staff with instant visual feedback.

This advanced military perimeter intrusion system can also work in perfect synergy with other alert equipment, feeding into your central control point.

If you need further evidence of how high-performance perimeter intrusion detection is possible using vibration-based tech, consider this. Detection Technologies even has products in its range that can identify additional heartbeats in specific locations or even in vehicles entering military sites.

It all adds up to an advanced and intelligent way of keeping military sites constantly aware to threats of intrusion, across their entire perimeter - without fail.