How much would a hole in a fence cost your business? 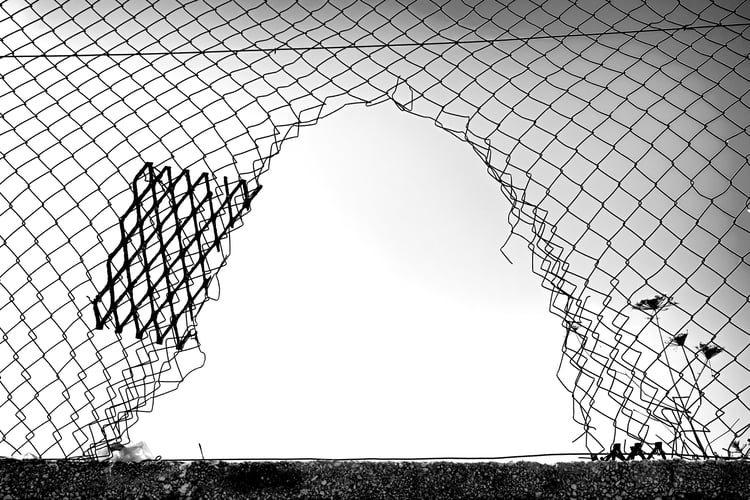 Many businesses simply don't realise the impact that an intruder will have on their business until it's too late.

Something as common as finding a hole in the perimeter fence will be the start of an expensive recovery process which reaches far beyond the initial cost of replacing a section of fence, as I will explain below.

When did somebody cut through the fence?

Did it happen last night or last week? For how long have intruders had unrestricted access to your site?

Who cut through the fence?

At first, you might think that the intruder was a thief; but were they working alone or are they part of an organised criminal gang?

This could put staff at risk if the intruders have now scoped out your site overnight with a plan to come back when the site is open during the day.

Not only that but if the intruders have injured themselves whilst cutting through the fence and then decided to walk around your site, have they left behind blood stains which could pose a biohazard to staff and customers?

Why did they intrude onto your site?

Initially, you might assume that they were there to steal something, but perhaps they gained access to your site to sabotage equipment or vehicles. There are countless reasons why this might happen, but it could range from a disgruntled former employee to an organised group of political activists.

Until you know for certain, all vehicles and plant equipment will need to be checked for safety - especially if they are due to be hired out to customers. If a hydraulic hose or electrical cable has been cut, this could result in a serious injury or worse, and ultimately you would be liable for defective or dangerous equipment.

What was taken and what has been damaged?

Have any vehicles had their catalytic converters stolen? The cost to replace these can range from a few hundred pounds to several thousand pounds, depending on the vehicle.
Not only that, but the vehicle will be out of action until it's replaced.

Fuel stored on-site could have been stolen. This will not only incur the cost of replacing fuel, but any spillages
caused during the theft will require an environmental cleanup and the disposal of contaminated soil. It's not uncommon for thieves to puncture fuel tanks to circumvent anti-siphoning devices, which will undoubtedly cause larger spillages, incur significant repair costs and further unscheduled downtime.

If you're making an insurance claim, everything you have on-site will need to be inventoried to confirm if anything else is missing. Even if you're not making an insurance claim, you will need to know if anything is missing so that it can be written off from your inventory and replacements sourced. This will inevitably take time and cause further delays as staff find themselves doing this rather than more productive work.

As you can see, what you might have initially thought would be a simple replacement of a section of fence is a lot more serious and costly.

But Detection Technologies have a solution: 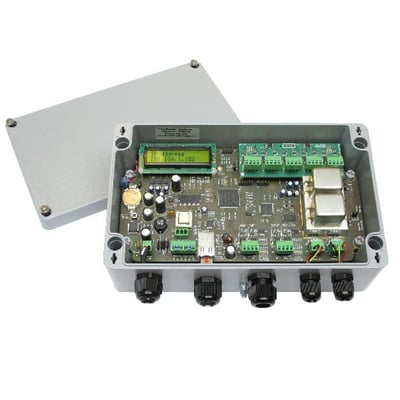 Installing a fence-mounted sensor cable such as VibraTek Plus will immediately detect intruders attempting to cut through or climb over your perimeter fence and when used with one of our PIDS analysers such as VibraSector, you can determine the exact location of the intrusion within as little as 5 meters.

Combined with the integration to your existing CCTV system, this provides immediate notification and visual verification of exactly who is gaining access to your site and where.

Once the intrusion has been visually confirmed, you can then notify the police of a burglary in progress.
This is generally attended to much quicker because there's a far greater chance of the police making an arrest,
thus reducing the time and cost of a post-burglary investigation.

CCTV simply isn't enough. Even the latest and most expensive 4K 0-LUX Infrared CCTV cameras cannot notify you of an intrusion; they just capture and record the event so that it can be reviewed later.
Video analytics can help with basic intruder detection, but nothing can compete with the 100% detection rate of a dedicated and properly calibrated PID system such as VibraSector.

Once fully configured and calibrated, false alarms are virtually non-existent too.

This further ensures the confidence that you will have in the VibraSector system, which means you will be able to react far better to a PIDs alarm than if you were to use some other system which experiences false alarms and is always 'crying wolf'.

Finally, the cost of a VibraSector system is very reasonable; often costing less than a basic CCTV system for a site of equal size.

A small investment in a VibraSector system today will prevent
such an expensive and timely recovery process tomorrow.